When You Don’t Feel Like “Mom of the Year”

The truck was packed with a tent, a bag of rock climbing gear and a homemade turkey sandwich with mustard and pickles. I slipped in an envelope filled with emergency cash and a sack of extra groceries. I went over the normal driving precautions again and handed out some motherly advice. At last my 20 year-old son, Will, pulled out of the drive and began a 2,000-mile trip across the continental United States. Alone.

I didn’t know where he would sleep.

I didn’t know his exact schedule. He had to be in Northern California in 15 days, but I didn’t know what side trips he would make or who he would meet along the way.

I didn’t know why I let him go.

I stood there praying, barefoot and teary in the driveway, thinking, “Well, I’m certainly not mother of the year.”

You may not agree with our decision to let our son go rock climbing, hiking and camping across the U.S. alone—I am not sure I agree, either. But we let him go because he has such an adventurous spirit—it’s just hard to hold him back. While his trip wasn’t a bad thing for a young guy to do, it still made me feel like a bad, negligent mother. I made the decision and then I felt guilty.

As a Mom, you do your best, but the decisions are hard. Sometimes I have worn my knees out in prayer, begging God to help me know what to do. Maybe you can relate. There are times when you just don’t know if you made the right decision and you stand barefoot in the driveway feeling like you’ve just been named “worst mom of the year.”

I am finally realizing, as my children get older, that who they are and what they do isn’t really about my parenting or me. Sure Mike and I have had a big impact on our kids, but ultimately their lives are not reflections of us. God holds each person accountable for his or her own behavior (Rom. 14:12), but sometimes we Moms tend to feel accountable, too. If our kids fail, somehow it’s our fault. When they do well, we feel like it’s our achievement. Honestly, even though we may feel like this, our children’s failures and successes are not really all about us.

When we take on the blame and responsibility for each of their ups and downs, we treat our children as if they are extensions of us rather than separate people. I’ve had to learn that my children are not a display of all that I am, but rather of who they are. I must respect and honor them as individuals. Each one must live according to God’s plan, not Mama’s. I must encourage them to be followers of God, but not to be clones of me.

Learning this is hard, but it takes away some of the pressure of parenting. My children are ultimately accountable for themselves, as I am accountable for myself. I will not always make the right decision. My children won’t either. Thankfully, God doesn’t shift guilt around, so parents should not shift it onto themselves. It’s easier to apologize to our children as we make mistakes–this frees us from a heavy load of guilt. It’s better to have faith and choose peace after we’ve made a decision, rather than continue to beat ourselves up about it.

Even though I was unsure (and not very peaceful) about Will’s trip, he had a grand adventure. He slept in state and national parks, saw the Grand Canyon, hiked and rock climbed all over Yosemite, and made some great friends. A caustic security guard searched his car for bombs at Hoover Dam. He met a guy who looked and acted like a vampire. He went for days without a shower. Thankfully, he had no serious trouble. In those two weeks, he had ups and downs and problems to work out, but he did well. 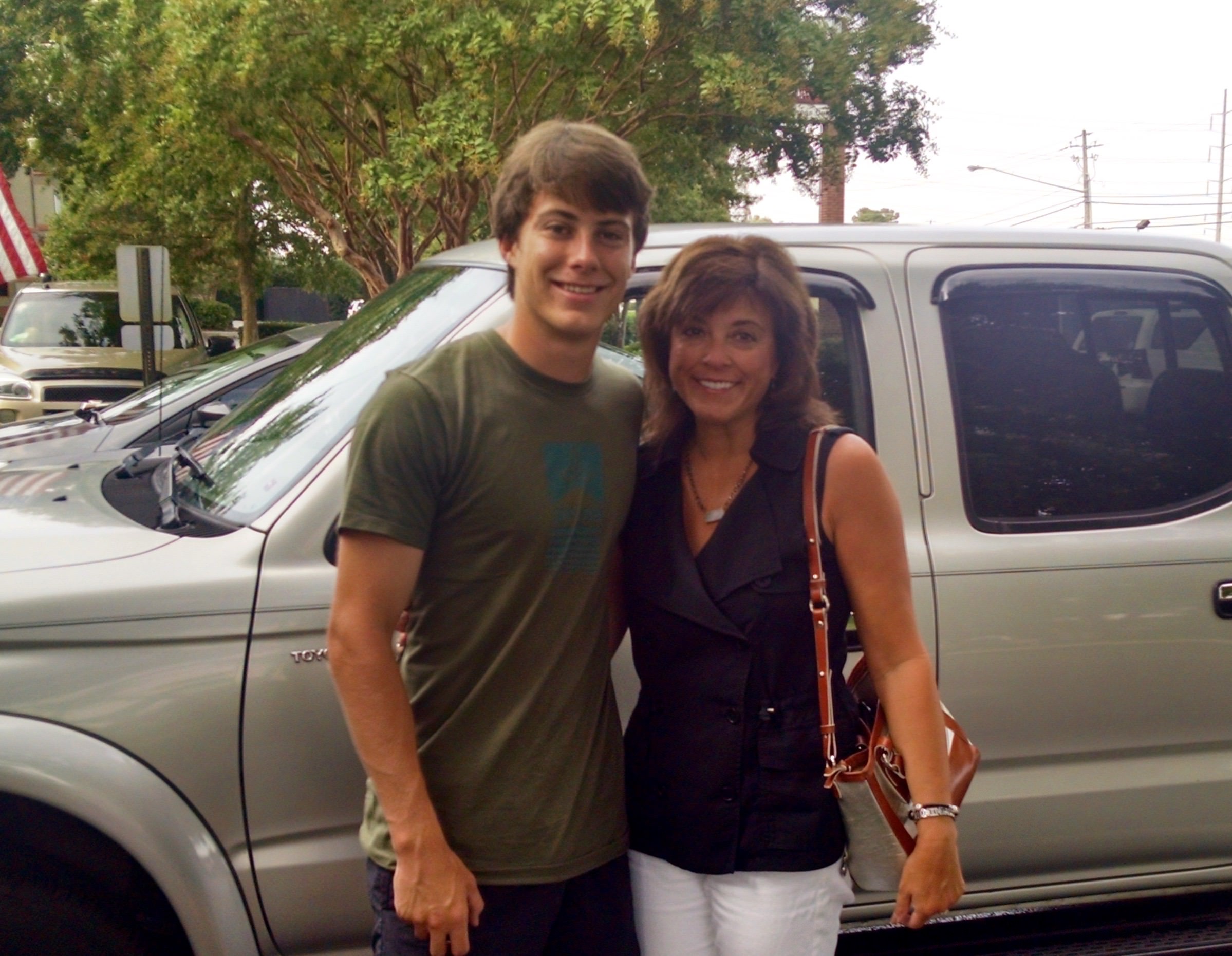 We took this picture the moment Will returned to Huntsville. I was relieved; he was empowered. Was it the right decision to let him go? Maybe, maybe not–it’s best to let it go. His trip wasn’t really about me anyway.

This Mother’s Day, resist the temptation to measure your parenting success by your children’s success. Remember that even though you have a huge effect on your children, the outcome of their lives does not rest solely on you. Do your best, trust God with the rest, and have a Happy Mother’s Day.