Remembering Those Who Never Came Home

If we’d known what was in the old canvas duffle bag, we would have opened it long before we did.

Instead, the bag was casually tossed into the “things to be sorted” pile. When we finally opened it, we found yards of red and black fabric. We were a bit confused as we stretched the material out on the patio. Then, we were appalled.

It was a Nazi flag. A real one. 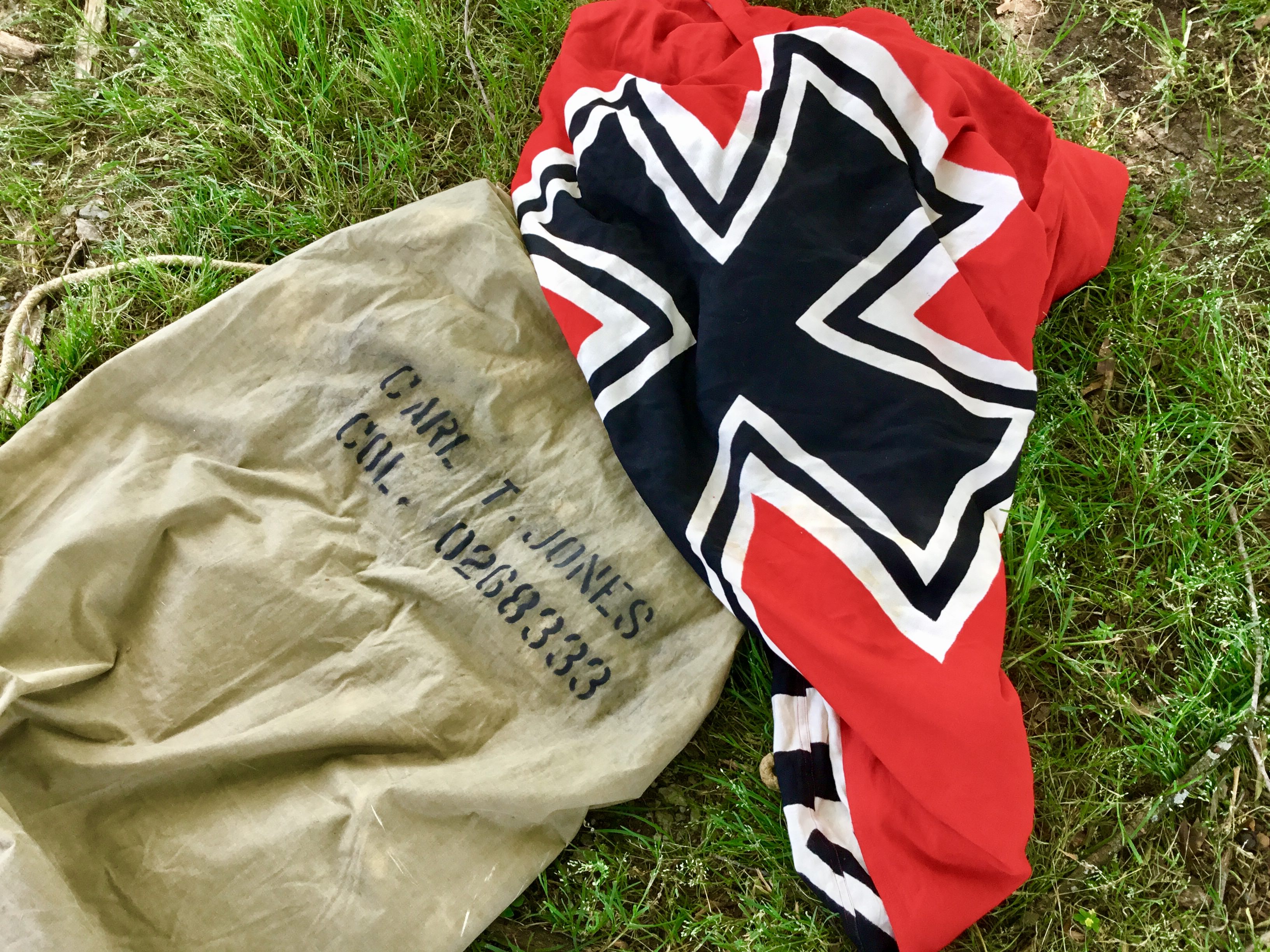 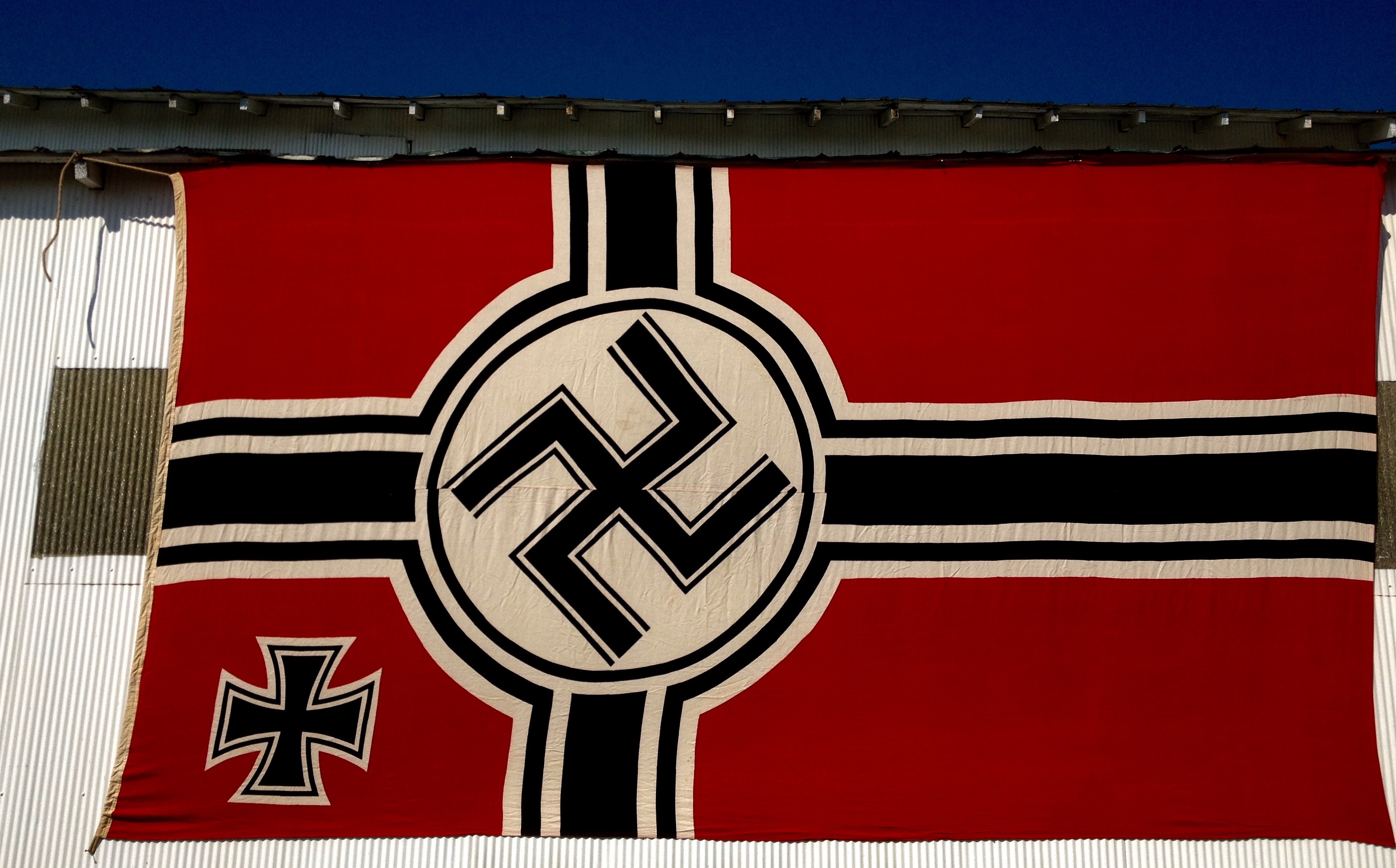 It’s funny how unrealistic history is until it intersects with your life. Standing on the patio, holding a piece of the past in your hands increases your appreciation for it. My family just stared at the flag for a few minutes, speechless. The evil swastika was menacing–a ghostly reminder of the tyranny, death and destruction that we have never had to face.

But so many have. This Memorial Day, I want to remember those who never came home. That seems like a small thing to do, really, yet remembering is not only for those who died, but also for us, now. It helps us comprehend how costly and precious freedom is:

Every person longs to have it.

Some try to take it away from others.

Only a few are willing to risk their lives for it.

A tattered, brown label attached to the Nazi flag said, “Aachen.” I had no idea what that word meant, nor how significant it was.

The flag belonged to my grandfather, Carl T. Jones. When his unit overtook a Nazi command post in Aachen, Germany, they cut down its flag. My grandfather stuffed it in his duffle bag, brought it home, and put the bag on an upper shelf in his storage room. The Nazi flag was forgotten for decades. In 1992, we found it as our family sorted through my late grandparent’s things on a hot summer night. My dad remembered the flag and some of the story behind it from his childhood.

I did some digging and learned that Aachen was the first city on German soil to be captured by Allied Forces. The city symbolized Germany’s national pride, being the birthplace and seat of Charlemagne, Emperor of the “First Reich,” upon which the Third Reich was modeled.

Aachen lay just behind the “dragon’s teeth,” or the Siegfried Line, a supposedly impenetrable wall erected to protect the Fatherland (historic Germany). Crashing through this line proved to be difficult and deadly, but it gave us access to Aachen. 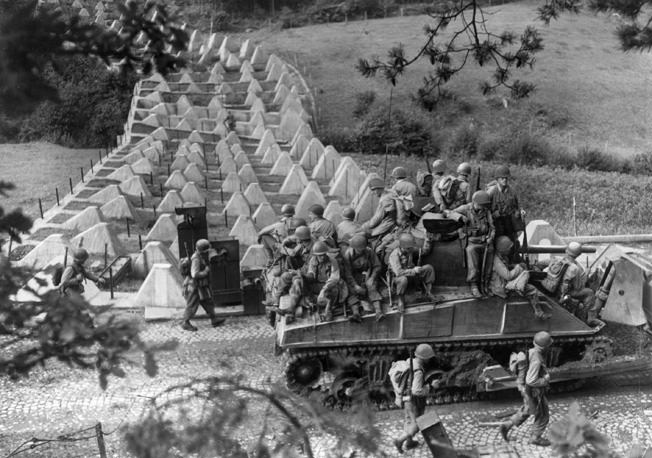 Hitler ordered his generals to “hold Aachen at all costs.” And consequently, the cost was heavy to both sides. The streets were too narrow for tanks, so the Allies had to go through Aachen building-by-building, room-by-room, until the city was secured.

The bloody battle lasted for 21 days. Sadly, over 2,000 American lives were lost.

Some refer to the great victory at Aachen as “kicking in Hitler’s front door.” It needed to be kicked in. Hitler’s Nazi Regime murdered Jews, political opponents and the disabled. Millions were enslaved, tortured, raped and robbed at his command. Aachen’s fall was the beginning of the end of Hitler’s reign.

And oddly, his flag is now in a duffle bag in my dad’s garage. I’m thankful it’s not flying, anymore.

When I think of the men and women who died to secure our freedom, I stand in awe. Their sacrifice resembles a much greater sacrifice that was made for you and me–the sacrifice of Jesus Christ. May we stand in awe of what He did for us, every day. Unlike our soldiers, Jesus chose to die to secure a much greater freedom for us–one that cannot be taken away:

This Memorial Day, be grateful for the sacrifices laid on the altar of freedom. Honor those who never came home by:

As soon as Aachen fell, the beauty of freedom was put on display for the entire world. I hope knowing about this makes you value your freedom just a little bit more: 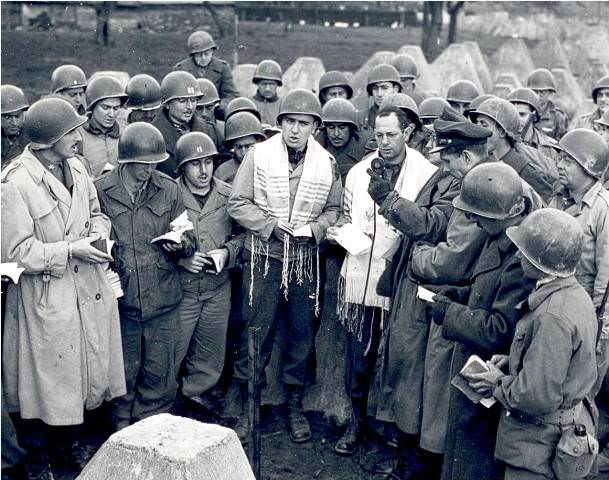 Chaplain Sydney M. Lefkowitz, gathered with several hundred weary GI’s under gray, drizzling skies among the “dragon’s teeth” of the Siegfried Line. There, amid the angry thud of distant artillery, they conducted the first Jewish religious service on German soil since 1933. Catholic and Protestant ministers also took part in this historic event. NBC Radio broadcasted the service across the U.S. and Germany, even as Jews were being slaughtered in concentration camps nearby.

I’m proud of our country for doing that. Let freedom ring on!

Have a blessed Memorial Day

“God grants liberty only to those who love it, and are always ready to guard and defend it.” Daniel Webster

“Liberty, when it takes root, is a plant of rapid growth.” George Washington

“Freedom prospers when religion is vibrant and the rule of law under God is acknowledged.” Ronald Reagan