I Saw God at Ground Zero: What Jackie Albrecht Discovered

“Grief and sadness, tears mingled with groans . . .
I’ll never forget the sounds. Or how hot the smoldering metal was.
Sometimes, I can still smell that noxious mix of diesel fuel and charred flesh.

After the 9/11 terrorist attacks, I served as a grief counselor at Ground Zero. Even though I was a seasoned FBI agent, no training could have prepared me for that kind of devastation. I worked right next to the “pit” at Ground Zero for a couple of weeks.

Day and night, an army of Americans worked there, clearing away a mountain of rubble. Rescuers with rescue dogs searched desperately for people who might still be alive underneath the twisted wreckage. Later, they searched for bodies.

I listened as the tired, ash-laden workers expressed their grief, anger and guilt. Many wished they had died, too.

Sometimes as I counseled grief-stricken people, they asked me ‘Where is God?’ I simply replied, ‘God is right here with us at Ground Zero.’

I didn’t say that because I was supposed to.

I said it because I witnessed God at Ground Zero, so vividly:

In the citizens who lined the perimeter each day, waving signs, American flags and shouting encouragement to the workers as they entered the area. 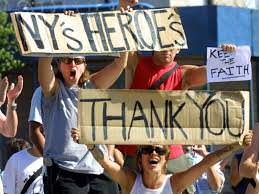 In the famous NYC chef who donated countless, delicious meals to the workers. Before the attacks, his reservation list extended up to two years. And in the movie stars who worked humbly to serve firefighters and rescue workers.

In the children who drew pictures and wrote notes on paper placemats to encourage the weary workers. And in others who placed flags and notes on the fence surrounding the work area. 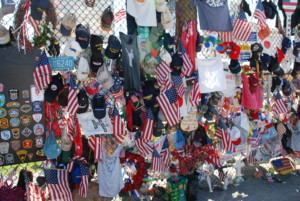 In the anonymous person who lovingly placed fresh flowers daily in the rest areas.

In the NYC firefighters who worked their shift throughout the night and then attended funerals for their co-workers during the day. 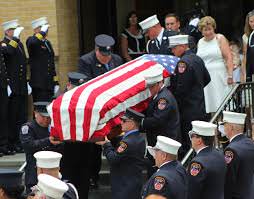 In the hardworking dump truck drivers who were so tired they slumped against their steering wheels—just to catch a moment of sleep—while they waited to haul another load of debris away.

In the steel worker who bravely climbed to the highest point of the debris to unfurl an American flag to give others hope. 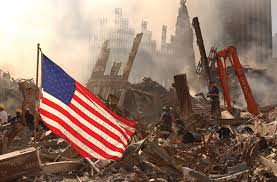 In the haunting sound of a bagpipe playing “Amazing Grace” at nearby funerals, each day I was there.

The terrorist attacks on September 11, 2001, affected every American. Illusions of safety were shattered. Families were torn apart. I witnessed unimaginable grief. It was one of our nation’s darkest hours—and mine.

But we are a resilient people.

Despite our vast differences, we came together in adversity. I learned so much about how the Lord works. He does not only work in world events, He also works from within the hearts of people.

I saw God rise up against great evil, using people to administer His love. Their hands and feet literally became His. People loved unselfishly, served tirelessly, and came together as one—as if they were inspired from above.

And I believe they were.

Those scenes will remain in my heart forever. I hope they will remain in all of our hearts. The tragedy gave me the opportunity to see the hand of God like never before. We can face the future with hope because God is still at work among us.”     Jackie Albrecht, former FBI agent

This week, we celebrate Independence Day. Many of us will gather with people we love. Fireworks will light up the sky. Neighbors will picnic. Bands will march. And thankfully, our flag will fly high—even at Ground Zero.

As we celebrate our country, let’s remember where we’ve been.

And the times we’ve come together.

Being an American is a great privilege—let’s be thankful. Let’s stand up for all that’s right in our nation and refuse to participate in the wrong. In this world we will have trouble, but no matter what happens, the Lord is still at work among us (Dan. 2:21). He rises up, warring against evil. Saving souls. Administering justice. Ferociously loving His children.

And even if buildings fall and death and destruction invade,

God will not fail. His purpose will stand.

The Lord can use us in His mighty work on the earth, if we are willing to let Him. He can work powerfully through our lives if we:

Test your knowledge of American History by taking this 4th of July Quiz! Pass it around at a holiday gathering. Compare your scores! Laugh. Remember. To download this FREE “4th of July Quiz,” click here and request it. 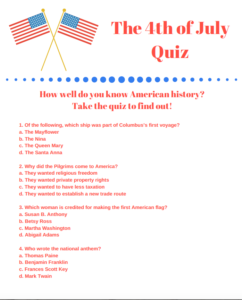 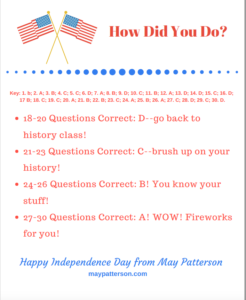 Thank you Jackie for sharing your awesome story! Where were you on 9/11? What did you learn? Feel free to comment below. 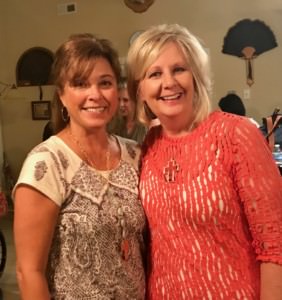 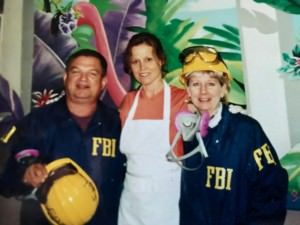 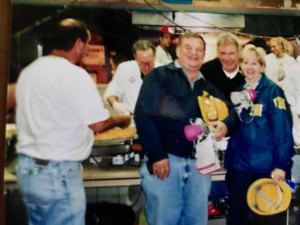 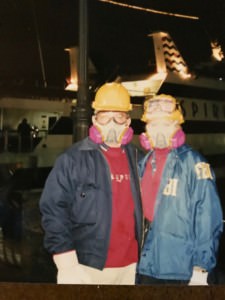 Jackie in the makeshift cafeteria with Harrison Ford