Private Nelson Jones was pinned down under fire with his unit in a small square in Oerlinghausen, Germany, on a chilly morning in April, 1945. As he tried to return fire, an ear-splitting blast from a German Panzer tank killed him, instantly.

A year earlier, he was walking the halls as senior class president of Huntsville High School. 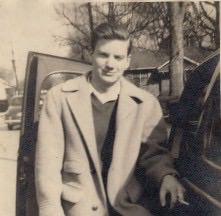 The cost of freedom has a name and for me it is my cousin, Nelson Jones.

Now he rests in peace at the American National Cemetery in Margraten, Holland, along with more than 8,000 fellow soldiers. 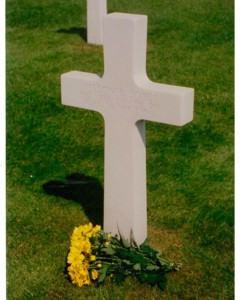 I wouldn’t even know about Nelson’s sacrifice, if my Dad hadn’t told his story over and over. I’m glad he told us. It’s an important thing to know because it associates the cost of freedom with a real name.

It’s easy to forget that.

Each fallen soldier had a life and a family.

Their plans and dreams, talents and gifts were never fully realized.

Every Memorial Day, a ceremony is held at Margraten to honor its dead. Each name is read aloud. One of those names is Nelson Jones, of Huntsville, Alabama.

He never got to come home or have a family of his own. He never had a career or even lived a day in his twenties. Millions of soldiers suffered and died in our wars, defending my right to go to the lake and celebrate this holiday with my family.

Memorial Day reminds me that freedom really isn’t free at all.

Most likely, you and I will eat our barbecue and potato chips in complete freedom this Memorial Day, without threat or intervention.

Perhaps you will gather with your family or join friends at the beach. Or you may travel to the country or to another city. You might backpack on the Appalachian Trail, have a picnic in the park, or just grill out in the backyard.

Praise God, you and I have the freedom to choose.

I hope to resist doing that. I hope you will, too.

I hear so much griping and complaining about our nation these days, but not much praise. School textbooks now seem to focus on American evils, rather than on the American good (we have both). Entire news shows are devoted to all that is wrong or bad here, but not much is said about the things that are right. How God has blessed our nation usually doesn’t make the headlines—I guess being positive doesn’t sell papers.

This constant flow of negativity can shift your perspective away from gratitude. It can cause you to take your national blessings for granted. It can keep you from remembering those who sacrificed. This focus on the negative can make you feel underprivileged. But remember, it’s a great privilege to be American.

Consider some of our privileges that many other nations don’t have:

Yes, we are an imperfect and flawed nation, but we have so much to be grateful for—and so much to lose.

My cousin, Nelson, died 74 years ago as he fought for our country. To him and to so many others, freedom was very costly. Remember someone had to pay a price for every “free” thing we have. Many Americans, like Nelson, rest in foreign cemeteries all over the world because they paid on our behalf.

Be grateful. Celebrate all the good things you enjoy in our nation. Pause before you eat your holiday meal and thank God for the blessings you enjoy and for those who gave their lives to secure those blessings.

You probably know someone—maybe even a family member—who sacrificed for our nation. Keep their memory alive by retelling their stories each Memorial Day. Dedicate the day in their honor. Our children need to know these things—we all do.

Remember that God gave us this country—the United States of America—to belong to, so let’s be grateful for His gift on Memorial Day.