3 Truths to Help You Deal with Critics

If you’ve ever pursued a worthwhile dream, then you’ve probably run into a critic or two. If you’ve ever taken a big risk, or started a difficult project, or even sacrificed to serve someone else, then you know about criticism.

Maybe you’re dealing with a critic right now. If so, let me encourage you: don’t let criticism shut you down.

This summer, I’m on a simple mission to give you the best encouragement I can give. So, I’m writing a series of short posts called Encouragement One-2-One. Each post consists of 1 thought, 2 quotes and 1 question.

So, here’s my One-2-One on how to deal with critics.

Critics can either shut you down or speed you up.

Years ago, a “friend” saw my first Bible study sitting on the kitchen counter and joked, “Who do you think you are—Beth Moore? Lord have mercy.”

Sometimes critics can be constructive but many times, they’re simply unfair. Like weeds, critics emerge whenever you set out to do something good–especially when you try to do what the Lord has called you to do. The Bible says:

People will insult you and hurt you. They will lie and say all kinds of evil things about you because you follow me . . . (Matt. 5:11)

Critics can stop you from accomplishing your God-given dreams, if you’re not careful. Criticism (or even self-criticism) causes many to let go of their dreams, to abandon projects and to toss half-written books (or Bible studies) aside.

But it doesn’t have to be like that. You can learn to deal with critics.

Here’s what happened to me: although my friend’s criticism hurt, it fired me up to write even more. Thankfully, his criticism actually sped me up. If I had let it shut me down then, I would’ve missed the blessing of writing to you, now.

Over the years, I’ve had to deal with a few more critics, but mostly, I’ve learned to work past them. So can you.

3 truths to help you deal with critics:
1. Being a critic is easy; being creative is much harder. Be the one who creates.

2. Critics produce nothing of value. But those who strive to accomplish things, produce rich blessings for others to enjoy. Be the one who produces good things.

3. Critics can be useful. Their criticism can ignite you, like rocket fuel, to get fired up–instead of giving up. If you’re being criticized right now, let me encourage you: be the one who gets fired up!

Critics can either shut you down or speed you up. It’s your choice.

“Don’t be distracted by criticism. Remember, the only taste of success some people have is when they take a bite out of you.” — Zig Ziglar

“If you are never criticized, you may not be doing much that makes a difference.” – Anonymous

a) This week, will you let unfair criticism shut you down or speed you up?

b) If you’re being criticized for attempting to do something good, you’re probably on to something. Way to go! Keep going, don’t let the critics stop you!

c) Look around. Who is doing something worthwhile that you can encourage this week? 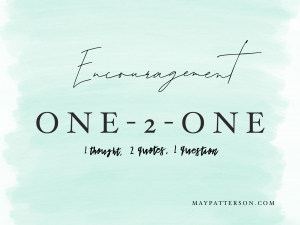 Join the THOUSANDS who get Encouragement One-2-One in their inbox each Tuesday! Simply subscribe in the form below.