10 Ways to Speak the Truth in Love to Your Spouse

When we found “Strawberry” (the fish had an unlikely name) floating upside down in the bowl, the kids burst into tears.

They wailed as I scooped the fish out with a net and put it in a little box. Then I cleaned the filthy bowl, gave the kids a bath, and put them down for a nap. While they slept, I removed the slimy lotion they had applied to multiple bathroom surfaces and mopped the bathroom floor.

As I cleaned, I thought about crying, too . . . not for the fish, but for all the trouble it had caused.

Just then, my husband called and asked, “How’s it going?”
“Fine,” I said, shaking my head.
“Good. I’m meeting with a client all day, so I may be late for dinner. Can you save me plate?”
“Okay, sure,” I said as I rolled my eyes, thinking: Oh great. One more person I have to take care of.

The kids woke up irritable, so I suggested they draw pictures of the goldfish. One of the them used an indelible marker and it bled through the paper onto my dining room table. Even though this happened years ago, that big black spot of Sharpie ink is still there. 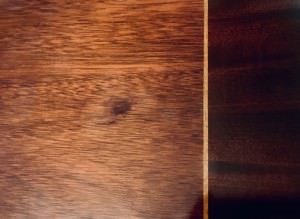 Later, we had an elaborate goldfish funeral. And the kids cried some more. Supper accidently burned during the funeral.

Afterwards, my husband breezed in, cheerful and upbeat. His meeting had gone well and his client had even taken him to a fancy restaurant for lunch.

Meanwhile, I was conducting goldfish funerals. Cleaning. Burning dinner. And trying to remove a spot that would never go away.

When he asked: “What’s for dinner?” I erupted.
“Nobody appreciates all I do around here!”

Then I ranted about my frustration, exhaustion, and how he didn’t understand. I brought up some old issues from past disagreements and complained about him not cleaning out the garage, yet.

Not long after that argument, I happened to read Ephesians 4:15-16.  And the words hit me really hard. I realized the verses applied directly to me. (Don’t you just love those?)

It says: “…speak the truth in love, growing in every way more and more like Christ.”

I knew God was calling me to repent and to start speaking the truth in love (especially to my husband), but how? After many years of trial and error, here’s what I’ve learned.

10 Ways to Speak the Truth in Love:

1. Speak the truth. Always. I should’ve told my husband how my day was going when he called. Saying “I’m fine” when you’re not fine, isn’t speaking the truth. Believe me, it’s better to express how you feel now, rather than to explode later. The Bible says, “Do not lie to one another…” (Col. 3:9) because true love requires truth.

2. Don’t yell. I used to think shouting was inevitable part of conflict, but it’s not. It’s a choice. I chose to yell at my husband that day, not because he’s hard of hearing, but because I believed it would relieve my frustration and make him understand. But of course, it didn’t. Here’s why: yelling is a sign of aggression and disrespect. It escalates anger and prevents understanding. And it’s the polar opposite of speaking the truth in love. 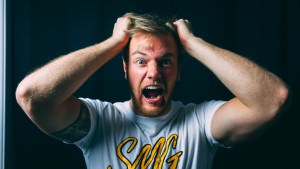 3. Stay on the subject. I used to let old hurts and frustrations creep into new conflicts. But this only blocked communication, put my husband on the defensive, and reopened old wounds. When addressing a tough truth, limit the conversation to only that truth. Believe me, getting lost in the “weeds” of old arguments won’t solve the issue, it will only make it worse.

4. Choose your words carefully. Jesus said: “What you say flows from what is in your heart.” (Luke 6:45 NLT) So then, loving thoughts always precede loving words. Pausing to think or even to say aloud: “my spouse is the most important person in my life,” helps you treat him or her that way. Harsh words, yelling, and cutting remarks don’t belong in a loving relationship. (1 Pet. 3:8-11 are words to live by)

5. Cheer, don’t jeer. Ridicule and sarcasm don’t aid communication; they prevent it (been there, done that). When you’re addressing a tough truth, praise helps immensely. Here’s why: it communicates support. It’s like saying: “I admire you. You are capable of doing great things. I want to help you.” Your spouse will receive the truth better when he or she feels supported.

6. Own each word. It was tempting to blame the kids and my husband for what I said. But my angry words weren’t their fault, they were mine. Maybe you can relate. Here’s the truth: no one forces you to say anything—your words are your choice, alone. If you fail to speak in love, then own up to it. Apologize specifically, saying, “I shouldn’t have said that because I love you. I’m so sorry.” The dread of having to apologize for every unkind word will motivate you to speak in love like nothing else.

7. Don’t frown or roll your eyes. Studies show that the human face is extremely expressive. It’s able to communicate multiple emotions without saying a word. Consider looking in a mirror as you talk on the phone. Do you frown, often? Do you roll your eyes? Expressions often speak louder than words, so use your facial expressions to convey love, especially when you need to convey a tough truth. 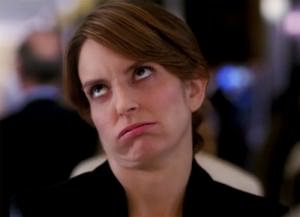 8. Make peace a priority. When I unloaded on my husband, peace was not on my agenda—I simply fussed at him because I’d had bad day. It’s no wonder a battle erupted. The Bible says, “Do your best to live at peace with everyone,” (Romans 12:8 CEV). So when you speak to your spouse, make keeping the peace a priority.

10. Seek after God. He can help you with your marriage. Once I started seeking for the Lord daily, my marriage started to change. Eventually, my tone became softer and my words grew more positive. I can’t really explain it, but the love of God poured into my life (and into my marriage). In fact, God helped me so much, I wrote an entire book on seeking Him. Here’s the truth: we’re not able to speak in love on our own. But the more time we spend with God, the more power we receive to love others well.

Speaking the truth in love isn’t easy—especially with your spouse. And if you have failed, you’re certainly not alone. But there is hope. God wants to help you love your spouse well, both in word and in deed. Draw closer to Him. Read His word daily. Use the ideas above. Spend a lot of time in prayer. The Lord can provide the grace, power, and wisdom you need to speak the truth in love, as He does.

*This post originally appeared on Crosswalk.com. Click here to read “How to Speak the Truth in Love to Your Spouse.”